Top Gun: Maverick is an American military action drama film directed by Joseph Kosinski. It is the sequel to the 1986 film, Top Gun. The film stars Tom Cruise, Val Kilmer, and Miles Teller. It was released on May 27, 2022 by Paramount Pictures.

After more than thirty years of service as one of the Navy’s top aviators, Pete "Maverick" Mitchell (Tom Cruise) is where he belongs, pushing the envelope as a courageous test pilot and dodging the advancement in rank that would ground him. When he finds himself training a detachment of Top Gun graduates for a specialized mission the likes of which no living pilot has ever seen, Maverick encounters LT Bradley "Rooster" Bradshaw (Miles Teller), the son of Maverick’s late friend and Radar Intercept Officer LTJG Nick "Goose" Bradshaw. Facing an uncertain future and confronting the ghosts of his past, Maverick is drawn into a confrontation with his own deepest fears, culminating in a mission that demands the ultimate sacrifice from those who will be chosen to fly it.[1]

The film begins over 30 years after the original Top Gun. Captain Pete "Maverick" Mitchell is serving as a U.S. Navy test pilot and has dodged promotion to continue flying after 33 years of service.

As Rear Admiral Chester "Hammer" Cain plans to shut down the hypersonic "Darkstar" scramjet program and redirect the funds to UAV drone programs, Maverick decides to take the prototype to its Mach 10 speed objective before Cain can arrive. Maverick reaches Mach 10 but decides to exceed limits and push further into high-hypersonic speed, resulting in the prototype's destruction. Cain wants to ground Maverick but cannot, as the latter has been ordered to NAS North Island by his friend and former rival, Admiral Tom "Iceman" Kazansky, the Commander of the U.S. Pacific Fleet.

Maverick is to train an elite group of F/A-18E/F Super Hornet aviators—all TOPGUN graduates—assembled by Air Boss Vice Admiral Beau "Cyclone" Simpson and Rear Admiral Solomon "Warlock" Bates for an urgent mission: destroy a uranium enrichment facility of a rogue nation. The facility is located within a steep depression at the end of a mountainous canyon and defended by surface-to-air missile (SAM) batteries and an airbase with Su-57 fifth-generation fighters; this requires a risky high-speed nap-of-earth approach in the canyon beneath hostile radar coverage to reach the facility and pushing the F/A-18E/F beyond its NATOPS limits. With the new F-35C Lightning II unavailable, Maverick recommends a strike package of four F/A-18E/Fs in two pairs to destroy the facility's entrance and then the facility itself.

Maverick is initially rebuffed by the trainees, particularly by the self-confident Lieutenant Jake "Hangman" Seresin and by Lieutenant Bradley "Rooster" Bradshaw, the son of Maverick's late best friend and RIO Lieutenant (junior grade) Nick "Goose" Bradshaw. Rooster believes that Maverick blocked his application to the Naval Academy and resents him for setting back his career.

The training prepares the trainees in all mission aspects, including basic fighter maneuvers, precision-guided munitions employment, nap-of-earth flying, as well as the importance of teamwork. The trainees also become aware of the relationship between Rooster's father (Nick Bradshaw) and Maverick, leading to animosity between Hangman and Rooster due to the former's cavalier attitude towards his wingmen and the latter's cautious flying, which Hangman attributes to his father's death. As the trainees observe Maverick's skill, they begin to reassess him and their team coheres.

During the training, Maverick reunites with Penny Benjamin, who provides him guidance and support particularly with his protective attitude towards Rooster. Maverick also meets with Iceman, whose throat cancer requires him to converse by typing his words out on a computer, but who manages to verbally underscore the importance of the mission. Iceman dies days later. Maverick and the mission trainees attend his funeral, where he is honored with a missing man formation.

Cyclone opposes Maverick's risky methods and tactics, but once Maverick demonstrates that the mission plan can be executed, Cyclone appoints him as strike team lead. Maverick then chooses the mission selectees and is paired with Lieutenant Natasha "Phoenix" Trace and her WSO Lieutenant Robert "Bob" Floyd, while Rooster is paired with Lieutenant Reuben "Payback" Fitch and his WSO Lieutenant Mickey "Fanboy" Garcia. The remaining trainees become a reserve group on standby alert. The aircraft are launched from the aircraft carrier USS Theodore Roosevelt (CVN-71), while the cruiser USS Leyte Gulf (CG-55) fires a salvo of Tomahawk cruise missiles to destroy the facility's nearby airbase to preempt the scrambling of enemy fighters. As the fighters try to avoid detection, an E-2 Hawkeye detects two Su-57s heading into their range. The four F/A-18E/Fs reach the facility and destroy it, but are attacked upon climb out from the depression by SAMs, leading to an intense battle. As the aviators run out of countermeasures, Maverick sacrifices his jet to prevent Rooster from being shot down and ejects over hostile territory. As the remaining aircraft return to the carrier, Rooster turns back and saves Maverick from an Mi-24 Hind gunship pursuing him, but is shot down by a SAM and ejects nearby.

Maverick and Rooster reconcile and work together on his F-6K, a photo reconnaissance variant of the P-51 Mustang, at Maverick's hangar. Maverick and Penny then fly off in his F-6K.

Development of the movie began in 2010 when Paramount Pictures[2] made offers to Jerry Bruckheimer and Tony Scott to make a sequel to Top Gun. Christopher McQuarrie had also received an offer to write the sequel's screenplay, which was rumored to have Cruise's character Maverick in a smaller role. Ultimately, Peter Craig, Justin Marks, who described the movie as a dream project, Ashley Edward Miller and Zack Stentz would be credited as screenwriters on the project. When asked about his idea for a new Top Gun film, Scott replied, "This world fascinated me, because it's so different from what it was originally. But I don't want to do a remake. I don't want to do a reinvention. I want to do a new movie". The movie will reportedly focus on the end of the dog fighting era and the role of drones in modern aerial warfare and that Cruise's character, Maverick, will fly a F-35 Lightning II.

After Scott's suicide, the sequel's future remained in question. However, producer Jerry Bruckheimer remained committed to the project, especially given Cruise's and Kilmer's interest.

In June 2017, Cruise revealed that the title would be Top Gun: Maverick, with Harold Faltermeyer returning as composer for the sequel. Cruise further stated that, “Aviators are back, the need for speed. We’re going to have big, fast machines. It’s going to be a competition film, like the first one…but a progression for Maverick”. Later the same month, it was confirmed that the film would be directed by Joseph Kosinski, while no title was officially confirmed. Kilmer had posted on his Facebook page that he would be returning as Iceman.

Production on the film officially started on May 30, 2018 in San Diego, California.

At San Diego Comic Con (SDCC) 2019, Tom Cruise said that "everything you see in this movie is real", when referring to the flight sequences and stunts seen in the movie.[3]

Top Gun: Maverick was originally scheduled to be released on June 26, 2020 by Paramount Pictures. However, it was then initially pushed to July 2, 2021 due to the COVID-19 pandemic. Unfortunately, due to more delays, it was pushed a second time to November 19, 2021 and then again a third and final time to officially release worldwide on May 27, 2022 (almost two full years after the original release date).

May 27, 2022 was originally scheduled as the debut release date of another Tom Cruise movie, "Mission Impossible 7" now officially titled as "Mission: Impossible – Dead Reckoning Part One", and as such, has now been bumped to release on September 20, 2022 instead.[4] 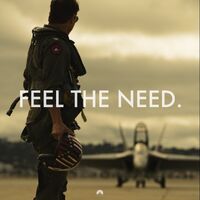 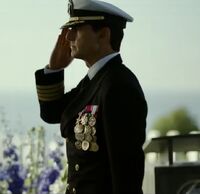 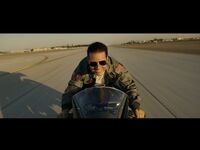 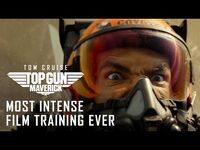 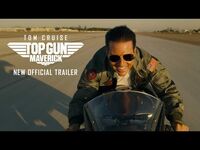 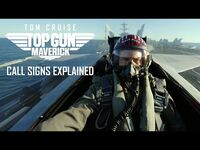 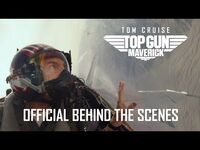 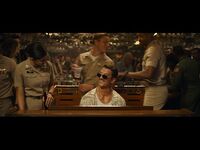 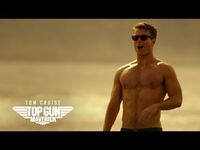